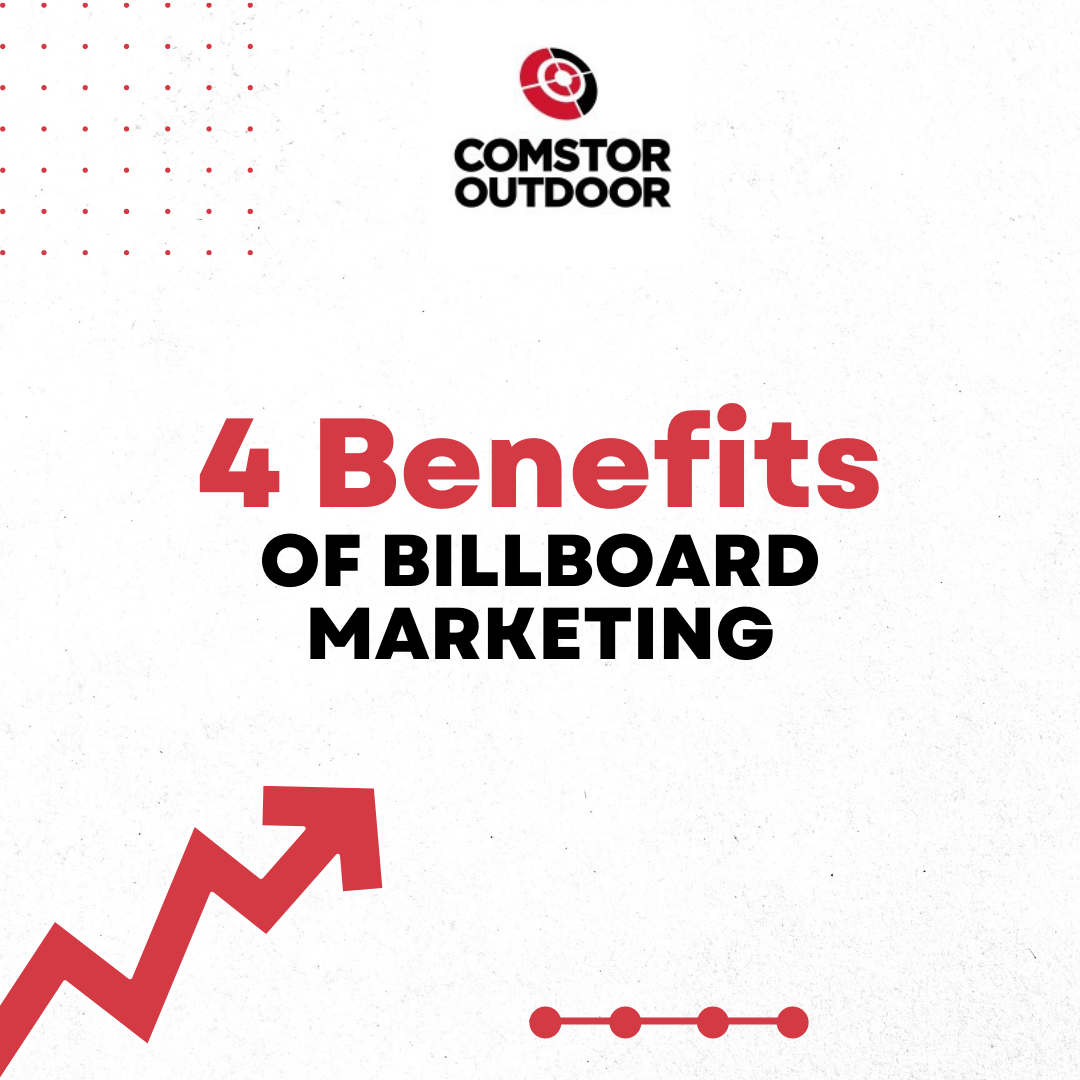 Today, how important are billboards? Specifically, how important is billboard marketing? In a word: very. Regardless of technology, social media, and the Internet, billboards are an unavoidable part of driving and can still be a reliable and effective advertising tool.

Don’t believe us? See for yourself! Below, we’ve put together four benefits of billboard marketing.

The next time you’re sitting in the car, cruising down the highway, count how many billboards you pass. You may need to get out your toes. Billboards are everywhere!

Better yet, billboards are (usually) strategically placed along busy roads and intersections. As a result, more and more people see them—and can’t easily avoid seeing them. When scrolling through your phone or even a computer, you can quickly bypass an ad. The same is true when a commercial comes on while watching television; you can simply change the channel.

However, when there’s a large, eye-catching billboard staring your down, it’s next to impossible to miss it and what it’s advertising.

3. All Sorts of People See It

Not only do countless individuals see numerous billboards on any given day, but people from all walks of life see them. Why is this important? If you’re advertising your company or business on a billboard, then the product or service you have to offer the public will be targeted to a variety of potential customers.

Think of it this way: You don’t have to spend time, money, or energy researching niche markets. Instead, your billboard will do the work for you, reaching a large—and diverse—part of the population.

The best part: If someone is interested in what you have to offer, they will come to you!

2. Billboards Are Constantly Doing the Work

If you run an ad on the radio or television, how often will that ad actually get ran? Once, twice, maybe three times a day? Yet, a billboard is constantly working. In fact, billboards work twenty-four hours a day, seven days a week. It’s hard to tell who will see the billboard and when. The possibilities are endless.

Additionally, the chances of repeat exposure are more likely with a billboard, as the same people often continue to pass it. It’s also likely the message on the billboard—though short—will hold deeper in someone’s mind because they’re seeing it more frequently.

Billboards are everywhere, right? As such, you generally get to choose where you want to place your message. You can use your billboard location to target a particular group of customers in a certain area.

Further, you can choose to place your billboard near a business, highway, or intersection—wherever you feel it will be the most valuable, resulting in more business for you. In a way, this gives you stronger control over your marketing strategy. Want to learn more about billboard marketing and whether or not it’s for you? Visit COMSTOR Outdoor today! With more than 20 years of experience, we know how to get you and your business seen!